In this episode of Latter-day Contemplation, Christopher and Riley are joined by a friend of the program and Carl Jung fan, Morgan Aldous, to discuss the concept of the Jungian Shadow.  Morgan is a life coach who has spent considerable time in the study of psychology, philosophy, and religion as the means to personal transformation.  This concept of The Shadow, which historically finds expression in scripture, mystical poetry and experience, visual & performance art, great literature, and formal psychological treatment methodology has application for those of us pursuing a spiritual path of personal development as well.

In his first interaction with Father Adam and Mother Eve, Lucifer, the father of lies, inducts our primeval ancestors into the cult of binary thought; wherein, they are led to believe that the world is composed of diametrically opposing polarities, repelling each other at all times, totally incompatible with oneness and unity.  This allegory could be interpreted to describe one of the challenges of mortality - overcoming the natural man instinct to misunderstand and misrepresent ourselves, compartmentalizing and ignoring our inner shadow, to the detriment of our spiritual development.

Morgan can be reached at www.everyday7.com Episode 26: Blessed Are the Peacemakers

In this episode, Riley and Christopher explore the promise to peacemakers in the Beatitude, “Blessed are the peacemakers: for they shall be called the children of God (Matthew 5:9), with guest, Lindsey Ohlin, co-founder of Latter-day Peace Studies. Lindsey shares her transition from politics to peace, how she was able to find her “true self” as a daughter of God, and what that realization has meant to her. Lindsey, Christopher, and Riley discuss what it means to “see God” in themselves and in their fellow human beings. They revisit the importance of righteousness, understood as “right relationship,” whereby “great things [are] brought to pass” by “small and simple things” we do within ourselves, our homes, and our communities as peacemakers. Also, check out Lindsey Ohlin’s article where she describes her journey, “From Politics to Peace.” ... For this episode of Latter-day Contemplation Riley welcomes back Phil McLemore to discuss the power habits and rituals.  Habits can be positive or negative and ultimately become the structural backbone of our lives.  As we learn to use them in productive ways we are led to lives of inner and outer transformation.  However, habits have the potential to become an unconscious, soul and agency destroying cancer that compounds the problems of the “natural man”.  Bringing conscious awareness to the individual and accumulated habits which form our routines can help us replace entropic, destructive processes with what Christ called “living water”.  They offer specific ideas and guidance based on the book Atomic Habits and their own life experience which can help us break these unhealthy cycles and begin the process of rebirth into a new life. ... 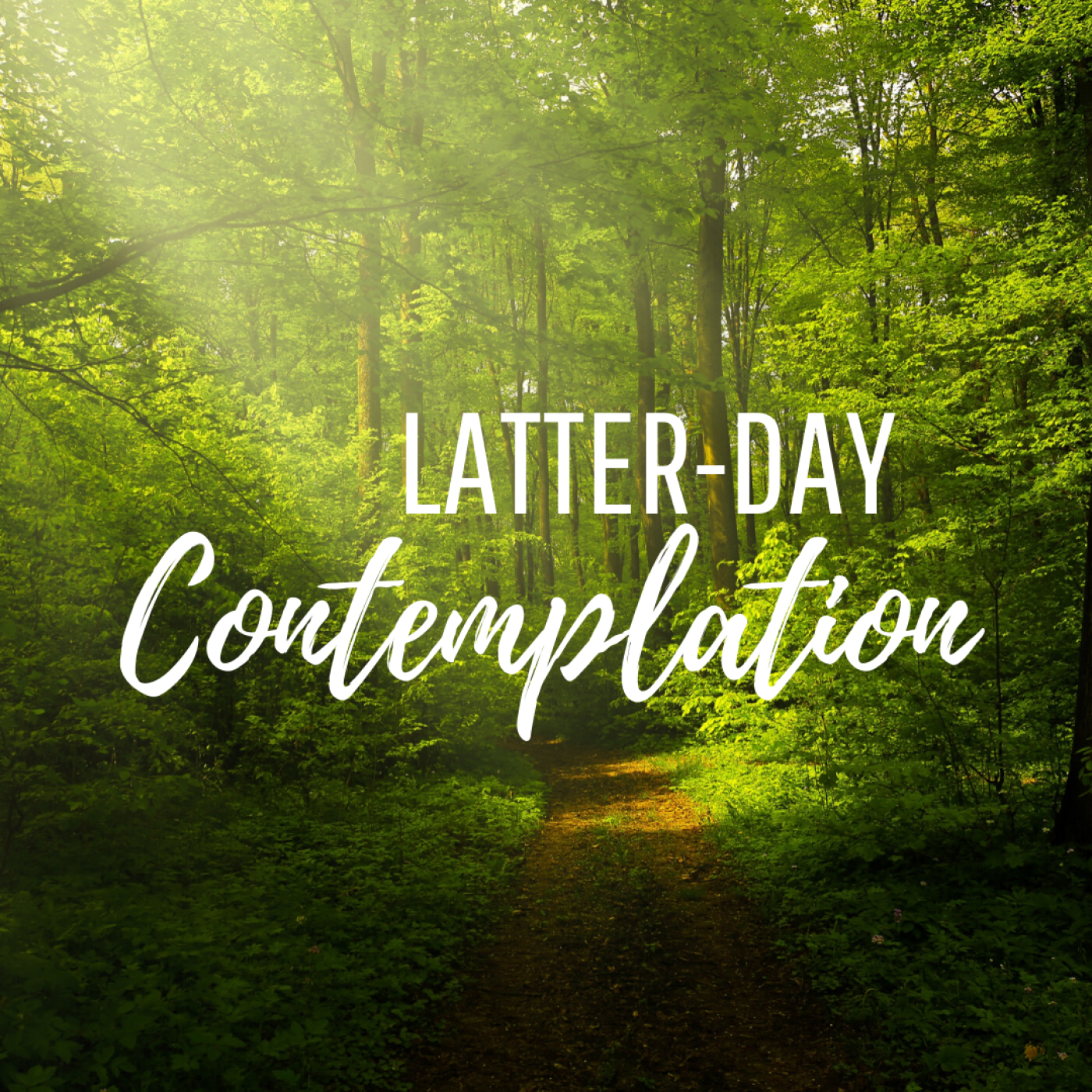 Among the world’s many religions are shadow traditions that express the esoteric or mystical experience of divine union.  In Christianity this is manifest in ecstatic, revelatory examples, such as within restorationist movements, in monastic cloisters, and through spontaneous re-emergence among individuals and small groups accessing truth through mystical experience.  Parallel to the ascendance of the Islamic faith was a movement that drew from a deep and ancient well of mystical practices and understandings, called sufism.  In this episode we welcome Sufi master, al-hajj Daud, also known as Dr. David Peck to discuss his fascinating discovery of sufism as an active and participating latter-day saint, how it has enhanced his faith, and what we can learn from his journey and discovery.  His upcoming book and podcast, Of Saints and Sufis, will both challenge and intrigue those with the courage to continue the path of the seeker. ...